I got my first real taste of charity work last week, when two of my friends and I completed a project called Leave a Mark, Lend a Smile | اترك بصمة، عيّدهم بسمة to buy Eid clothes for kids of a Syiran refugee camp in my village.

Two years ago, in the midst of the Syrian war, this refugee camp was set up near my house. With 13 families and over 25 kids, the people there live in small, dark, stuffy tents. It is not a comfortable, nor is a decent, living style.

After raising over $400 from 38 stores and shops in my hometown, we set out shopping. The money was used to buy undergarments and a pair of shoes for each of the kids, in addition to two shirts and pants for each boy; a dress, headband, and hat for each girl.

We arrived at the refugee camp as the people gathered around us while we called out names and handed each kid his/ her customized bag. The kids were beaming, and the parents thanked us and prayed God to protect and bless us.

Giving and helping others in need makes one reevaluate and think his life through. Those people lack simple luxuries we take for granted because they seem normal. Standard. Familiar. I get to sleep on a comfortable mattress at night. I get to choose between several pairs of shoes each day, I have the luxury of making a sandwich on a clean countertop, or using a proper bathroom, and sitting around a table for lunch. It’s sad to think that those people had no choice but to leave their homes and their motherland to come live in tents. That those kids were forced to grow up in such harsh circumstances instead of proper schools and welcoming homes.

What struck really struck me the most as sad and unfair is that in a different time and different place, you wouldn’t be able to picture those people in an unpleasant refugee camp. The beautiful, green-eyed, blond girl, the kind-faced, white-bearded old man, the shaggy-haired, hyper little boy… They don’t belong there.

Witnessing the poor living conditions of the people in the refugee camp is sure to leave anyone feelings glum. And yet, after the completion of this project, I felt peaceful and happy. Maybe, just maybe, we were able to bring some joy to a rather joyless place. I suppose that is the effect helping others has on you.

I have volunteered before- teaching at summer camp or collecting money for different causes at school… but this project was different. Perhaps because we witnessed the development of what was first an idea, or maybe because we were there to see it go into effect. 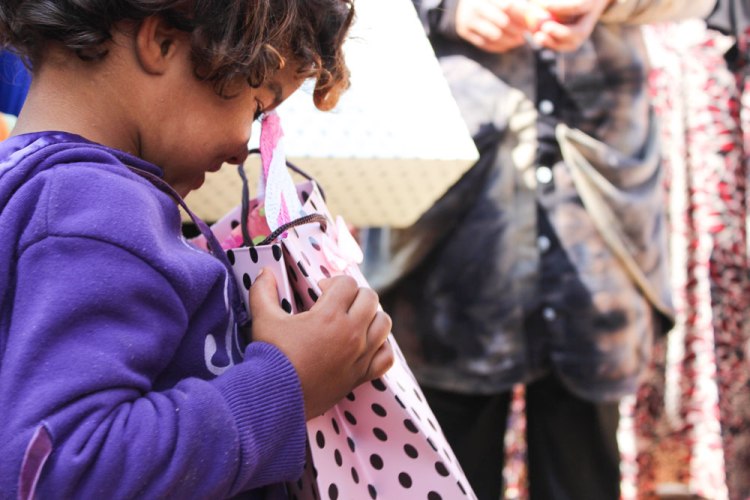 It is possibly a selfish reason why you should get involved and help others in need, but volunteering brings you so much inner bliss and contentment. Just the thought that you are helping others and making a positive change is enough to motivate you.

I leave you with this quote by Ben Carson:

15 thoughts on “The Brighter Side of A Refugee Camp: A Volunteering Story”